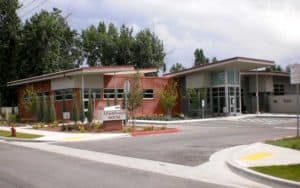 In 2011, Boise City/Ada County Housing Authority was recognized with a national award for its work on the Allumbaugh House, an integrative crisis center that is a single point of access for indigent and low-income persons in psychiatrically or medically compromised positions due to mental health or substance abuse crisis.

The agency was the 2011 recipient of the National Association of Housing and Redevelopment Officials (NAHRO) Merit Award. The award recognizes outstanding achievement in housing and community development programs throughout the nation. The Boise City/Ada County Housing Authority was honored for its role in making this long-needed facility a reality.

The Boise City/Ada County Housing Authority was responsible for the design and construction of the facility and owns and manages the 26 bed, 9,200 square foot property. “The Boise City/Ada County Housing Authority supports the belief that by helping those suffering from substance abuse and acute mental health issues, we can try to stabilize their lives and decrease the likelihood of homelessness,” said Executive Director, Deanna Watson. “We are also providing the “housing” for those providing these critical services in our community by overseeing the construction, owning and operating the building.”

Another significant goal is keeping individuals out of the Ada County jail. A person with a mental health issue or a chronic health care condition will stay, on average, 50 percent longer in jail than those without these conditions. Detoxing in jail is not the most appropriate place, and housing people struggling with addiction in the county jail is economically unsustainable.

Through an unprecedented collaborative effort of Ada County, the City of Boise, the Cities of Meridian and Eagle, Idaho Department of Health and Welfare, Saint Alphonsus Regional Medical Center, St. Luke’s Regional Medical Center, and the Boise City/Ada County Housing Authority, this long needed facility became a reality in 2009 and it continues to operate at full capacity with waiting lists.